Leipzig/Stuttgart. Construction work of the new Porsche paint shop was completed accompanied by a spectacular helicopter operation in which nine air vents were placed and installed on the roof of the building from a height of 40 metres. "This will complete the next major step in the preparatory stage of production of the Porsche Macan. The paint shop facilities have already been installed and the first car bodies will be painted in a test-operation as early as August. We are on schedule and are very keen to see the first car roll off the production-line in December", explained Siegfried Bülow, Chairman of the Executive Board of Porsche Leipzig GmbH.

Dr. Ing. h.c. F. Porsche AG is investing about 500 million euros in the expansion of the Leipzig factory for production of its new Porsche Macan series. The company is extending the location in the biggest construction project in its history with a new body shop and paint shop. This is a major milestone for the entire Porsche company, its plant in Saxony and the Leipzig economic location, as production of the Macan will create some 1,400 new jobs in the region.
GO
Communications, Sustainability and Politics
Corporate and Product Communications
Kristin Bergemann
Phone: +49 (0) 341 / 999 13450
E-mail: kristin.bergemann@porsche.de
Text 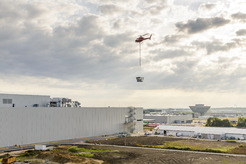 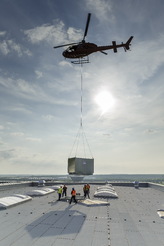