Stuttgart. At the ABB FIA Formula E World Championship test days in Valencia, the TAG Heuer Porsche Formula E Team launches the final stage of preparations for the upcoming season. The eleven teams and 22 drivers contesting the world’s first electric racing series will complete five test sessions at the Circuit Ricardo Tormo between 29 November and 2 December. Valencia is an important pre-season test, not least because of the mandated changes to the qualifying and race format. Season 8 takes off on the 28th and 29th of January with a doubleheader event in Diriyah, Saudi Arabia. Sixteen races on four continents make up the 2021/2022 Formula E calendar.

After 2019 and 2020, this is the third time that the TAG Heuer Porsche Formula E Team readies itself for the start of the season in Valencia. André Lotterer (GER/#36) and Pascal Wehrlein (GER) flying the new starting number 94, return as regular drivers. The Porsche 99X Electric will be put through its last paces on the Spanish racetrack, on which two races were contested in season 7 due to pandemic-related changes to the calendar. Engineers at Weissach have updated the software in Porsche’s first electric racing car. The powertrain remains the same. Due to the pandemic, the FIA decided that, for financial reasons, only one drive system can be homologated for seasons 7 and 8.

“This test will give us important insights about where we stand compared to the competition,“ says Amiel Lindesay, Head of Operations Formula E. “The objective is to have two racing cars that are perfectly prepared for a successful start to the season.”

Q&A about the Valencia tests

Amiel Lindesay, Head of Operations Formula E
How important is this test and how much is the team looking forward to returning to the racetrack?
“This official test is the dress rehearsal to kick off the season in Diriyah and will show us where we stand compared to our strong rivals. The team has worked hard in preparation and is looking forward to season 8. After Valencia, we’ll be well prepared for Diriyah. We’re confident that we’ll stage a strong and structured fight for the world title against the rest of the field.”

What’s on the test programme for Valencia?
“We use the test as a shakedown of our Porsche 99X Electric for the first race. In addition to testing new parts, we also want to make sure that, like last year, the team functions as a tight unit. In the new season, we have some major changes in the qualifying and race format. We’ll simulate these changes to get an idea of what’s in store for us. This is an important part of our plan. Valencia is the only chance we get to test our racing cars before the season starts so we need to use this quality time constructively.”

What findings do you hope to get from this test? What are your goals?
“Simulating a qualifying and a race with all teams there will be helpful for us and our competitors. The FIA and Formula E can also gain important insights into the regulation changes and iron out any inconsistencies before the first race. During the break, we updated the software in our cars, which we tested in the simulator. Even so, it’s always good to get real-life confirmation on the racetrack.”

André Lotterer, Porsche works driver (#36):
What do you expect from the test in Valencia and how excited are you?
“I’m very much looking forward to being back in the car and with the team. Even if the track in Valencia isn’t overly relevant for Formula E, we hope to gain some important insights. Our engineers remastered the software of the 99X Electric after last season. Now, in Valencia, it’s all about ensuring that the updates not only work well in the simulator but also on the real track.”

How did you spend the break, professionally and privately?
“We worked a lot in the simulator at Weissach. In addition to the software, the focus was also on the strategy. We looked for the best solutions for ourselves and the engineers so that we can be even more efficient and squeeze even more performance out of our cars. As for my private life, I went to the Goodwood Revival, celebrated my 40th birthday – and picked olives around my holiday home.”

Pascal Wehrlein, Porsche works driver (#94):
The cars haven’t changed much since season 7. What does the test yield under these circumstances?
“The test is important because there are definitely innovations in terms of software. I’m looking forward to trying them and even improving them with the engineers. We did a lot of testing in the simulator, but driving on a racetrack is something completely different. In my opinion, the break was quite long. I can hardly wait to get back into it.”

Season 7 ended in mid-August. What did you do after that? Did you have some time to rest?
“After the final race, the usual analyses and discussions were on the programme in Weissach. So, the season didn’t really end for us until the beginning of September – and in October we started again with preparations in the simulator. I used the time in between to do other things and recharge my batteries a bit. Above all, I intensified my fitness training during those weeks. This sometimes comes up short during the racing season due to time pressure.”

You’re going into season 8 with the new starting number 94. How did that come about?
“Very simple: 94 has always been my number since I started racing. It’s my birth year. Someone else had it in Formula E last season. Of course, when it became available for season 8, we grabbed it.”

The racetrack
The layout for the test on the Circuit Ricardo Tormo will be the same as that of the 2021 Valencia E-Prix. The 3.376-kilometre circuit with its 15 turns has some critical places such as the tight double-right dog leg (turns 9 and 10) and the bus stop chicane (turns 13 to 15). The track is driven anticlockwise. Valencia has hosted the official Formula E test since 2017 – making this the fifth time.

The media service
The first photos from Valencia will be available on the Porsche press database on 29 November. A test report with an evaluation from the Head of Operations Formula E and drivers will follow on 2 December. Further information about the TAG Heuer Porsche Formula E Team will be posted live on the Twitter channel @PorscheFormulaE. All relevant information about the team, the drivers and the racing series can be found in the Porsche Formula E Media Guide https://media.porsche.com/formula-e. The content will be regularly updated over the course of the season and expanded with additional interactive material.

The Porsche 99X Electric
With the Porsche 99X Electric, Porsche returned to open-wheel single-seater racing in 2019 after more than 30 years and celebrated a successful debut scoring second place at the season-opener in Saudi Arabia’s Diriyah. The fully-electric racing car sporting the Weissach-developed Porsche E Performance Powertrain also serves as a development platform for the sports car manufacturer’s fully-electric production models. Energy management and efficiency are important factors of success in Formula E and in the development of production cars. For the 2021/2022 season, the 99X Electric has a maximum output of 250 kW in qualification mode and 220 kW (last season 200 kW) in normal race mode. Attack Mode boosts the output to 250 kW (last season 235 kW). Maximum recuperation is 250 kW; the usable battery capacity is 52 Kilowatt-hours.

Formula E
Formula E is the world’s first fully-electric street racing series and has treated people living in major cities to thrilling motorsport since 2014. As an accelerator for innovative and sustainable technologies of mobility, it promotes the worldwide acceptance of electric vehicles with the aim to counteract climate change. The format is compact: the practice, qualifying and race all take place on one day. Each race is contested over 45 minutes plus one lap. The TAG Heuer Porsche Formula E Team tackles its third season running the Porsche 99X Electric. 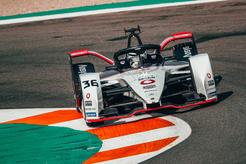 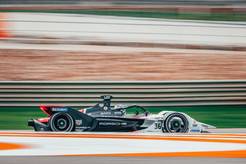 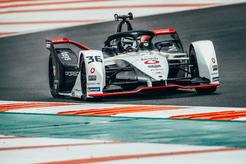 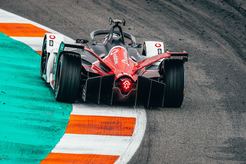 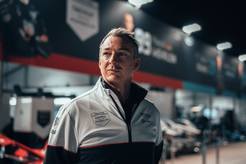 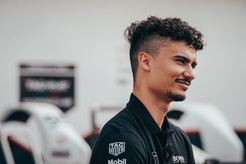 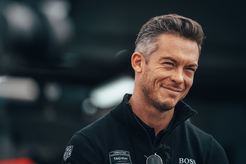 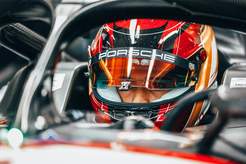