Stuttgart. Porsche customer teams head to the final round of the IMSA WeatherTech SportsCar Championship with big goals. The focus at the so-called Petit Le Mans at Road Atlanta is primarily on two customer squads and their 911 GT3 R racers. Pfaff Motorsports tackles the storied ten-hour race as the overall leaders of the GTD class. The Canadian squad is now eager to clinch the trophy. At the event in the US state of Georgia, Wright Motorsports sets its sights on first place in the IMSA Michelin Endurance Cup. The endurance classics at Daytona, Sebring, Watkins Glen and Road Atlanta count towards this classification. In the GTLM class, the Porsche 911 RSR fielded by WeatherTech Racing will contest its last outing in the American sports car racing series. The team fields two ca. 515 PS nine-elevens at their swan song performance in the USA. The GTLM class is equivalent to the GTE category in the FIA World Endurance Championship WEC. From 2022, it will no longer be contested in the IMSA Series.

The race
Since 1988, the Petit Le Mans has been contested annually on the 4.088-kilometre Road Atlanta circuit, which features 12 turns and several spectacular passages. In addition to the sensational overall victory of 2015, Porsche has notched up a total of 24 class wins. Last year, works drivers Matt Campbell from Australia and Frédéric Makowiecki from France as well as Britain’s Nick Tandy won the hotly contested GTLM category with the Porsche 911 RSR.

“We’re coming to the end of an era, as this will be the last race in the GTLM class,” explains IMSA Head of Operations Steffen Höllwarth. “This category has offered outstanding motorsport at the highest level over the past years. We’ve witnessed nail-biting duels and tough but always fair races on some of the most beautiful racetracks in the world. Porsche has achieved many major successes in this series. This season, the WeatherTech Racing customer team flies the flag with the 911 RSR. We’d like to wrap up the season with a powerful farewell performance against the factory squads – as we did with the class win at Sebring. The 911 RSR won last year’s Petit Le Mans race. We aim to climb to the top of the podium again at this year’s finale.”

The ten-hour race at Road Atlanta counts towards the IMSA Michelin Endurance Cup – a special competition encompassing the four longest races of the season. After strong performances at the endurance classics at Daytona, Sebring and Watkins Glen, Porsche currently ranks first in the Endurance Cup in the GTD class for vehicles complying with the FIA GT3 regulations.

“We’re expecting a fabulous finale,” says Sebastian Golz, Project Manager Porsche 911 GT3 R. “We’re travelling to Road Atlanta with three teams in the top ten and we’re leading all three championship rankings. But it’s not all smooth sailing,” states the engineer. “The track is a real challenge. Among other characteristics, it has a very long straight that allows slipstream duels. You have to cut Turn 3 hard to keep the momentum. Hitting the curb can damage the car. What’s more, we have to be prepared for very changeable weather conditions at this time of the year. A race over ten hours will certainly not be easy for the drivers and their cars.”

The Porsche drivers and customer teams
The cockpit of the No. 79 Porsche 911 RSR fielded by WeatherTech Racing is shared by the two works drivers Matt Campbell from Australia and Mathieu Jaminet from France with the American privateer Cooper MacNeil. In March, this trio won the famous Sebring 12-hour race with the No. 79 car against tough opposition from manufacturer teams. Thanks to this great achievement as well as the class win at Road America, the squad currently ranks third overall before the last race of the year. To farewell the Porsche 911 RSR from the North American championship, WeatherTech Racing fields a second No. 97 car driven by the French factory drivers Kévin Estre and Frédéric Makowiecki as well as the Dane Michael Christensen.

In the GTD class, the Pfaff Motorsports customer team is set to sweep the title pool. Works driver Laurens Vanthoor from Belgium, Porsche’s development driver Lars Kern from Germany and Canadian Zacharie Robichon share driving duties in the No. 9 Porsche 911 GT3 R. The squad from Ontario currently leads the GTD rankings after four class wins. In the manufacturers’ classification, Porsche holds first place – thanks also to the strong performances of the two other GTD teams. Wright Motorsports campaigns the No. 16 Porsche 911 GT3 R helmed by the American factory pilot Patrick Long (USA), his compatriot Trent Hindmann and Belgium’s Jan Heylen. The team from the US state of Ohio holds a narrow lead over Pfaff Motorsports in the fight for the IMSA Michelin Endurance Cup. The two Americans Rob Ferriol and Andrew Davis join forces with Katherine Legge from Great Britain in the No. 88 Porsche 911 GT3 R campaigned by Hardpoint.

Live streaming of the race
The ten-hour race of the IMSA WeatherTech SportsCar Championship at Road Atlanta gets underway on Saturday, 13 November, at 12:10 pm local time (6:10 pm CET). The entire race can be viewed live outside the USA and Canada on www.imsa.com. Live timing is available at scoring.imsa.com.

Drivers’ comments before the race
Mathieu Jaminet (Porsche 911 RSR #79): “The Petit Le Mans at Road Atlanta is a fantastic event to wrap up the season in the USA. Porsche has always been strong here. I assume it’ll be another tactical race this year. We need to be among the frontrunners in the final stages, then anything is possible. This approach worked perfectly for us when we won at Sebring. We’d really like to climb to the top of the podium again at the Porsche 911 RSR’s last outing in the IMSA series.”

Kévin Estre (Porsche 911 RSR #97): “I’m really looking forward to my race at Road Atlanta. It’ll be emotional – the last race for the Porsche 911 RSR in North America. The IMSA battles are usually fierce. At the same time, endurance events require a clever strategy. Whoever is ahead in the last hour still has a chance to win. It’s spectacular and exciting. It’s great to finally tackle such an event again with Michael. This is also my first time sharing the cockpit with Fred. Although it’s a new situation, it’s no big deal because we know each other really well. I’m confident that we’ll be successful at the Petit Le Mans.”

Laurens Vanthoor (Porsche 911 GT3 R #9): “For us, it’s all about winning the title – so it’s the most important race of the year for the team, my teammates and me. Although we have high hopes for the championship, we mustn’t put ourselves under too much pressure. We shouldn’t start calculating, but rather approach this race like any other.”

Patrick Long (Porsche 911 GT3 R #16): “The race at Road Atlanta will be an exciting conclusion to this season. Because of the championship situation, I think a lot of teams will be thinking about tactical manoeuvres. Let’s see who comes out best at the end. The Porsche 911 GT3 R was very strong in the GTD class recently. We want to carry this momentum into the last race and achieve a top result. If we succeed in this, then we can hopefully make an important contribution to Porsche winning the manufacturers’ title.”

Katherine Legge (Porsche 911 GT3 R #88): “The Petit Le Mans is one of my all-time favourite races on the IMSA calendar every year. I simply enjoy endurance races – especially when they run into the night. November can get quite chilly in Georgia. That factor plays a significant role. We completed a successful test at Road Atlanta and we’re confident that we’ll have a strong car here. We’d like to conclude the season with a good result.”


Further information, film and photo material in the Porsche Newsroom: newsroom.porsche.com. The Twitter channel @PorscheRaces provides live updates from Porsche Motorsport with the latest information and photos from racetracks around the world. 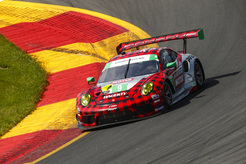 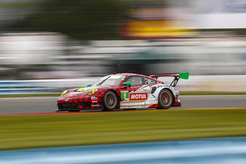 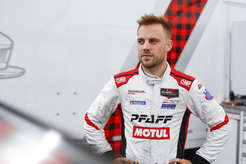 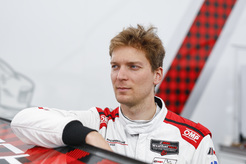 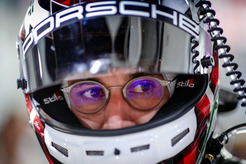 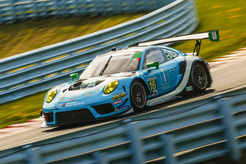 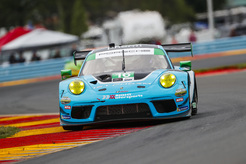 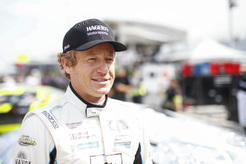 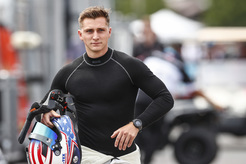 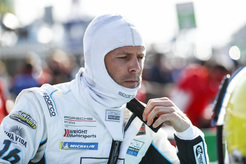 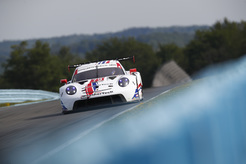 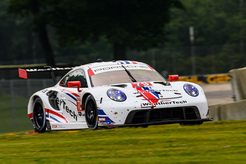 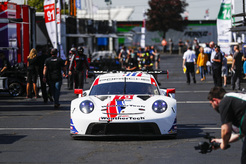 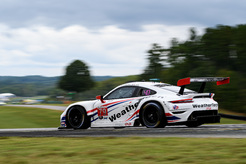 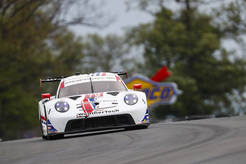 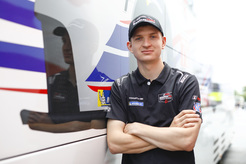 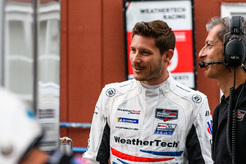 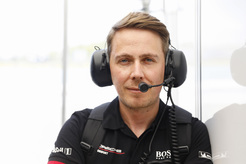 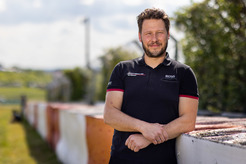 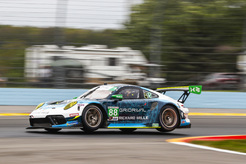 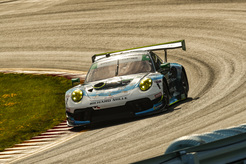 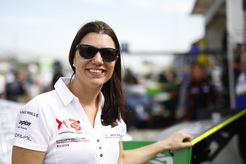