Porsche customer teams tackle the Nürburgring 24-hour race with a large contingent of 38 vehicles in ten different classes. The famed Eifel marathon has been contested since 1970 and is considered one of the world’s toughest motor racing challenges. No less than eight Porsche 911 GT3 R fielded by six squads take on the top SP9 class to fight for overall victory at the long-distance classic, which gets underway on 5 June at 3:30 pm (CEST).

One lap of the racetrack consists of a 25.378-kilometre combination of the Nordschleife and Grand Prix circuit. The odds look good for a Porsche to clinch the 13th win at the Nürburgring. The customer team Frikadelli Racing has clearly underlined the huge potential of the 500+hp GT3 racer from Weissach with a one-two result at the qualification race. The squad from Barweiler, a village just a stone’s throw from the Nürburgring, campaigns two vehicles helmed by three works drivers from the Porsche squad, including 2016 Porsche Paynter Dixon Carrera Cup Australia Champion, Matt Campbell, as well as five other Nordschleife specialists.

At the 49th edition of the tradition-steeped race, Falken Motorsports also fields a pair of 911 GT3 R, with a driver line-up that includes factory driver Thomas Preining from Austria. The customer teams Huber Motorsport, Rutronik Racing and KCMG each run one GT3 vehicle from Weissach. With six outright victories to its credit, Manthey-Racing is the most successful outfit at the 24-hour marathon in Germany’s hilly Eifel region and competes with the famous yellow and green “Grello” vehicle with the starting number 911. Works driver Kévin Estre from France is one of the drivers for the squad, which celebrates its 25th anniversary this year.

Porsche makes up the largest contingent on the grid
Every year, the 24-hour race on the 25.378-kilometre combination of the Nordschleife and Grand Prix circuit is a highlight on the Eifel racing calendar. This year, around 125 cars in 24 class divisions have registered. “With almost 40 vehicles on this year’s grid line-up, Porsche is once again the most strongly represented brand. This once again emphasises the trust that customers have in our racing cars and our service,” says Michael Dreiser, Director Motorsport Sales. “We’re absolutely delighted and I’d like to thank them all very much for this. The performance and reliability of the cars are important factors on the way to possible success on the Nordschleife – and the rest is up to the drivers and teams. I’m certain that our customers are well prepared for the tough task ahead.”

“The season couldn’t have started better: three wins from three races,” states Sebastian Golz, Project Manager Porsche 911 GT3 R, referring to the first two rounds of the Nürburgring Endurance Series (NLS; known as VLN until 2019) as well as the qualification race for the 24-hour classic. “The results clearly show that the work invested by the teams, drivers and Porsche is heading in the right direction. Still, we can’t afford to rest on our laurels. On the contrary: With extra test kilometres and a lot of creative ideas, we travel to the Eifel feeling positive. In conjunction with our experienced customer teams, we’ll do everything we can to continue our winning streak this season.”

Porsche’s history at the 24-hour race
Porsche’s success story at the Eifel classic, which has been held since 1970, has so far included twelve overall victories. In 1976, Fritz Müller, Herbert Hechler and Karl-Heinz Quirin clinched the first victory for the Stuttgart sports car manufacturer at the wheel of a Porsche 911 Carrera 3.0. In the two following years, the 911 Carrera RS proved unbeatable. In 1988, Dören Motorsport was the fastest with a 911 Carrera RSR. Five years later, Konrad Motorsport triumphed. In 2000, Phoenix Racing won with a 911 GT3 R, with Manthey-Racing starting its unprecedented winning streak soon after. From 2006 to 2009, the team from Meuspath near the Nürburgring secured four outright victories in a row. Two more victories followed in 2011 and 2018. Thanks to six overall wins, Manthey-Racing is the most successful squad at the Nürburgring 24-hour race.

TV and internet coverage of the 24-hour race
Live coverage and timing of all sessions are shown on the website https://www.24h-rennen.de.

Drivers’ comments before the race
Julien Andlauer (Porsche 911 GT3 R #3): “I’ve been racing on the Nordschleife for three years now, but I still lack the experience of many of my teammates. I’m very familiar with the Porsche 911 GT3 R, but I’ve never driven it at the 24-hour Eifel classic before. It’ll be exciting! At the two NLS events and the qualifying race, we collected a lot of data that will help us immensely with the setup for this big highlight. There’s huge excitement, but there’s also respect. I’m still a rookie in this race.”

Matt Campbell (Porsche 911 GT3 R #30): “I’m thrilled that I’m sitting in one of Frikadelli Racing’s extremely well-crewed cars this year. The squad has prepared meticulously for the upcoming 24-hour race and has achieved great successes on the Nordschleife. The car is very well set up and we’re very happy with how things are panning out. Now we want to tap the full potential of the car, the team and the drivers at the highlight of the year.”

Frédéric Makowiecki (Porsche 911 GT3 R #31): “It’s one of the most beautiful and toughest races on the planet, and I always look forward to it. We’re heading to the 24-hour race very well prepared this year. The two previous outings on the Nordschleife ran perfectly. Frikadelli scored one-two results twice – and we’re keen to repeat this on the first weekend in June. I don’t like to talk about luck when it comes to motor racing, because that’s something you can never rely on in our sport. Still, you need a bit of luck if you want to win on the Nordschleife. A lot can happen in 24 hours on this difficult track, especially with changeable weather conditions and in a field with cars going different speeds. It’s sometimes out of the hands of the teams and drivers. In this special case, it helps to have Lady Luck on your side.”

Thomas Preining (Porsche 911 GT3 R #33): “It’s always full on at the Nürburgring 24-hour race – and I love it! We prepared well at the NLS races and in the subsequent qualifying race and we’re heading into the weekend feeling very confident. Still, compared to the competition, the lead-up to the 24-hour race is more labour-intensive for us. We’re the only team running on Falken tyres, so we’ve had to be responsible for finding the right compounds. That has been our focus over the past few weeks. I expect a very close fight in the top SP9 class.”

Kévin Estre (Porsche 911 GT3 R #911): “At last another 24-hour race at the Nürburgring! I couldn’t compete last year because Porsche didn’t send all of the Le Mans drivers to the Eifel. That makes me all the more excited for this year’s event. Our preparation with Manthey-Racing’s Grello went well. We won a race in the endurance series at the Nürburgring and were consistently fast at the other events as well. The competition is really strong – especially when I look at the other Porsche 911 GT3 R in the top class...” 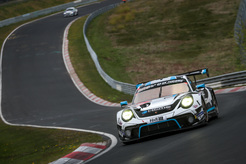 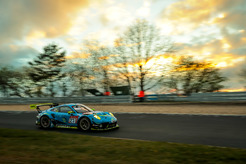 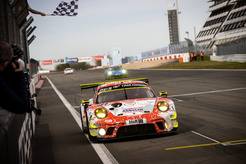 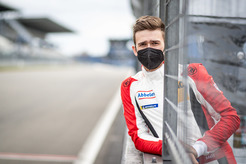 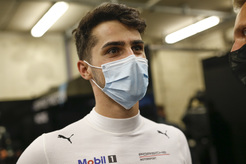